With the help of Waydev we were able to learn a lot in terms of how work progresses and how work gets done. 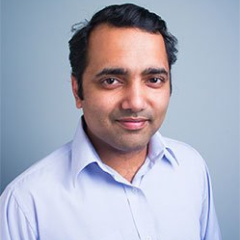 Founded in 1996, Nowcom is the leading provider of Internet applications and business solutions for the used car market. Nowcom employs over 300 engineers in their offices in California, Philippines, and India.

They are one of our first customers, and it’s their third year with us, so we decided to ask them how is their experience with Waydev after 3 years.

After three years of using Waydev, what are the biggest benefits you saw?

Before Waydev, we would set up our capacity and our system. We would assign some work based on the capacity that our teams had. Then, we would check in with them periodically in the Daily Stand-ups, and we would come to know that the capacity was insufficient to finish the work given because of some setbacks.

That was the problem that we were facing. With Waydev, we get to see what our teams are checking in and what tasks they are completing.

For example, we now have an overview of the commits for a particular feature. That means that we reduce the time remaining on the task regularly.

How are you looking at the performance of your teams?

People are not getting to the work in a timely manner, ahead of time, so we need to have a conversation with them. We need to find out why they’re unable to do that and see if there are any setbacks, problems, or hurdles so that we can go ahead and work with them to resolve these issues.

Usually, what would happen is people would say: “We could not do this because there were too many meetings.” I ran into this problem. And I was trying to solve this problem and could not figure out the solution.

With Waydev, we got the information that we needed. For example, the commits are not happening in time or what is the size of the commit, and what was completed as a result. We got this information, and we could say: “Look at this team’s report. They were supposed to finish a specific amount of work within a period of time, but they did not. That means that they are facing some challenges. Let’s go talk to them.” That encourages the managers and the directors to go have a conversation with them and try to resolve the problem.

What Metrics do you follow in Waydev to measure success?

We are looking at projects delivered and the quality of work. And we ensure all the checks and balances are implemented and addressed.

But if you just ask me for the metrics that I look at, I do look at the utilization of other developers. You need to make sure that they are properly utilized.

As a VP of Engineering, how do you measure the performance of your engineering managers?

Let’s say a feature was assigned. For example, you are the developer, and I am the manager. If I assign a feature to you, I’ve documented everything that needs to be implemented in that feature, and in my mind, the work that needs to be done is fairly straightforward. But for you, it was not. Or maybe I was wrong. And you implemented something much more involved and much larger than I had expected. Then, there’s a problem.

So, in that case, what I have my managers do is – whenever they have a stand‑up meeting or a team meeting, I ask them to look at the commits that people have made. And one thing that Waydev does is it shows you, for a particular feature, the size of the commits, whether it is too big or too small. We’ll be able to say – “For this particular feature, we did not expect this big commit. So why did it happen?”That should spur the question and spur a discussion with the team. Then, correct the course of development before it gets too late.
The team understood a feature in a certain way, and they would implement that feature in that way. The moment the first commit happens, if they don’t understand it correctly and I can take a look at it, I can correct the course and save a lot of time. That’s where Waydev comes in and helps the managers ensure that everybody stays in their course and delivers better.

Especially our people in the Philippines, cause they would travel to work and spend almost four hours every day traveling to get to work and return home. So that’s four active hours of the day wasted with commuting. With the pandemic, all of that changed.
Whether we liked it or not, we all had to go remote. We did see that as a result of the utilization of developers. It was really good because they didn’t have to travel as much and they were not tired. They were able to get to work and deliver. We could see that because we were measuring their output. We realized that it made sense for us to continue working like this.

We have a few people who come to the office weekly, especially the directors and above. They come twice, three times a week, but I saw the times they’re actually working, and it’s working very well.

Nowcom manages the development process of many engineers throughout different time zones, but over time it started becoming challenging to maintain the same efficiency as they continued to grow.

They needed a tool that could help them monitor and measure their software development efforts, enabling them to continue improving the development process.

“The impact Waydev had on our engineering activities was huge. If initially, we started using Waydev to get a grasp on how our teams across different countries are progressing, now we are using it to measure the output of each country.”

Waydev helps Nowcom spot roadblocks and incentivize its managers to eliminate them. Because the US team handles so many areas of activity, there was a possibility that the other countries registered a certain degree of inefficacy in training the people. Waydev addressed this problem right away and helped solve some of the issues.

Educating the managers as to why the work for certain features is not progressing started going smoother once they took a data-driven approach and real-time metrics and reports.
Engineering managers learned how to use the reports provided by Waydev to spot roadblocks that were slowing down their team, leading to a much faster delivery time for new features.

Before working with Waydev, Nowcom’s managers and executives lacked visibility of what was happening. Their process consisted of weekly meetings meant to establish the agenda for the coming week.

They would try to discover the roadblocks their software development teams faced and ensure the requirements were fully understood.

With many tasks at hand, making sure their development efforts were headed in the right direction was difficult. Waydev allows them to look at the reports daily and spot teams that aren’t moving at the expected pace.

Once they could look at different teams’ commits, executives started collaborating better with their engineering managers. For instance, if sprint progress is too low to deliver at the expected time, engineering executives can spot it and point it out to the engineering managers much faster, therefore accelerating the feedback loop.
“Without using Waydev, these setbacks would’ve been found later, when there would be a significant decrease in performance and delays in the delivery of the feature. The engineering managers can spot these hurdles immediately, look into them, and then swiftly eliminate them.”

Before choosing Waydev, Nowcom tested other products on the market, but the number of metrics and the pace at which Waydev implemented them outpaced the others.

The Team Summary feature proved to be extremely useful for them from the perspective of a growing company looking to scale and engineering leaders with increasing responsibilities.
After using Waydev for a while, they realized that a notification system for when certain targets were met could improve their work. They reached out to Waydev regarding this need and were introduced to the newest feature – Targets. The addition of the feature started saving them time because they weren’t required to look at the reports daily.

The delivered reports had a great impact in reviewing software developers and giving them valuable feedback. Nowcom understands these reports’ value and plans to use them for quarterly and annual reviews.

Using a data-driven approach backed up with real-time results is the best way to drive employees’ performance toward future improvement.

How do Engineering Managers use Waydev

Engineering Managers use the Team Summary report for their teams and the Work Log to monitor all the commits, and see if they are progressing in the right direction.

After educating their managers on the reports, they started using them in standups to look into their teams’ activity and check if they are experiencing difficulties.

Waydev supported Nowcom in understanding the output and efficiency of their engineering teams using the Team Performance report. Like this, they could clearly identify areas for improvement for their teams.

Engineering Managers, Team Leads, and developers use the Team Summary feature in quarterly reviews and daily standups to stay updated. Teams can be walked through the commit activity by using the Work Log report.

“We use Waydev to identify the output of our engineering teams, enabling tracking teams’ performance, and monitoring their evolution. With Waydev, we have managed to determine the best practices and transfer them across the organization. We’ve also mitigated the risk of putting bugs into production using Waydev’s Risk metric.”

“Waydev does a fantastic job in helping us manage our software development teams, but at the moment, we are eager for more improvements on the Targets feature. Time is important, and we can save time by using this feature at its full capabilities.”

Nowcom intends to use the Targets feature to improve its quarterly and annual reviews. Their plan is to set targets based on the team’s previous performance and then make them available for the manager and the team. By doing this, they will be able to spot the areas in which they‘ve done well and then improve on the areas that need more work.

After setting clear, accomplishable targets, Nowcom will allow each team to monitor their performance and gauge whether their efforts are taking them in the right direction or not. At the same time, the management will be able to see if the team is on the right path toward its target.

Table of Contents
Featured In

READY TO IMPROVE YOUR TEAMS’ PERFORMANCE?