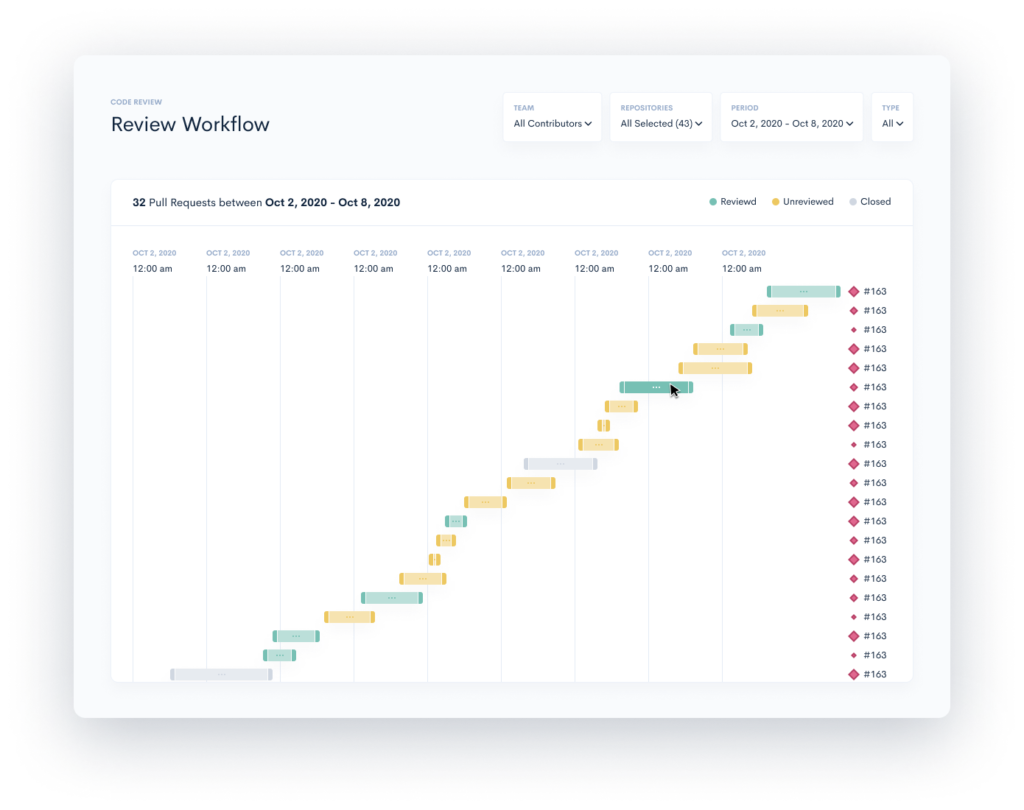 How to use the Review Workflow feature

One of the uses of the Review Workflow is to identify long-running pull requests, zoom into them and point out what is keeping/ kept that pull request from being merged. It can be a late review, unclear requirements, or multiple follow-on commits.

The bars represent the time it took for a pull request to close, while the numbers on the right side of the page are the pull request’s ID. The bubbles indicate a follow-on commit, while the half bars indicate the comments. If you click on a bar, details about that particular pull request will pop up.