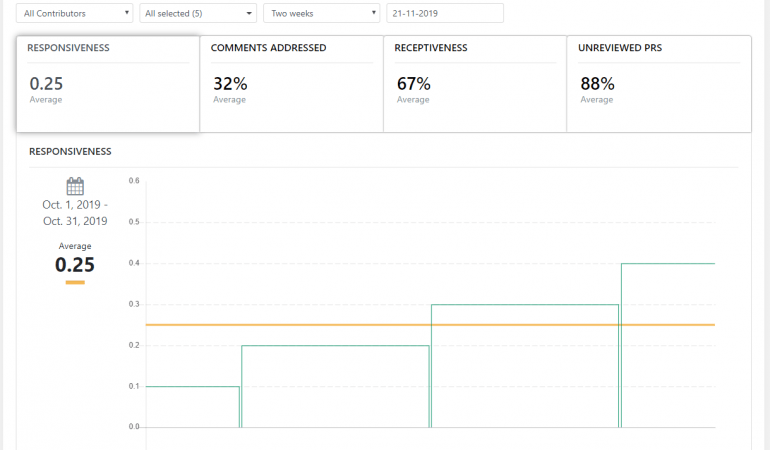 Today we’ve launched a new feature “Compare” where you can compare the teams between them, the print screen below:

We’re at days of launching code reviews stats into Waydev, a sneak peek preview below:

With this privilege, I would like to share with you one of the best practices for code reviews.

This post is copied from the best practices guides of our Java Code Quality tool chain, Baseline, and covers the following topics:

We perform code reviews (CRs) in order to improve code quality and benefit from positive effects on team and company culture. For example:

There is no eternally true answer to this question and each development team should agree on its own approach. Some teams prefer to review every change merged into the main branch, while others will have a “triviality” threshold under which a review is not required. The trade-off is between effective use of engineers’ (both authors’ and reviewers’) time and maintaining code quality. In certain regulatory environments, code review may be required even for trivial changes.

Code reviews are classless: being the most senior person on the team does not imply that your code does not need review. Even if, in the rare case, code is flawless, the review provides an opportunity for mentorship and collaboration, and, minimally, diversifies the understanding of code in the code base.

Code reviews should happen after automated checks (tests, style, other CI) have completed successfully, but before the code merges to the repository’s mainline branch. We generally don’t perform formal code review of aggregate changes since the last release.

It is the author’s responsibility to submit CRs that are easy to review in order not to waste reviewers’ time and motivation:

The following is an example of a good commit message following a widely quoted standard:

Try to describe both what the commit changes and how it does it:

It is customary for the committer to propose one or two reviewers who are familiar with the code base. Often, one of the reviewers is the project lead or a senior engineer. Project owners should consider subscribing to their projects in order to get notified of new CRs. Code reviews among more than three parties are often unproductive or even counter-productive since different reviewers may propose contradictory changes. This may indicate fundamental disagreement on the correct implementation and should be resolved outside a code review in a higher-bandwidth forum, for example in person or in a video conference with all involved parties.

A code review is a synchronization point among different team members and thus has the potential to block progress. Consequently, code reviews need to be prompt (on the order of hours, not days), and team members and leads need to be aware of the time commitment and prioritize review time accordingly. If you don’t think you can complete a review in time, please let the committer know right away so they can find someone else.

A review should be thorough enough that the reviewer could explain the change at a reasonable level of detail to another developer. This ensures that the details of the code base are known to more than a single person.

As a reviewer, it is your responsibility to enforce coding standards and keep the quality bar up. Reviewing code is more of an art than a science. The only way to learn it is to do it; an experienced reviewer should consider putting other less experienced reviewers on their changes and have them do a review first. Assuming the author has followed the guidelines above (especially with respect to self-review and ensuring the code runs), here’s an list of things a reviewer should pay attention to in a code review:

Don’t forget to praise concise/readable/efficient/elegant code. Conversely, declining or disapproving a CR is not rude. If the change is redundant or irrelevant, decline it with an explanation. If you consider it unacceptable due to one or more fatal flaws, disapprove it, again with an explanation. Sometimes the right outcome of a CR is “let’s do this a totally different way” or even “let’s not do this at all.”

Be respectful to the reviewees. While adversarial thinking is handy, it’s not your feature and you can’t make all the decisions. If you can’t come to an agreement with your reviewee with the code as is, switch to real-time communication or seek a third opinion.

Verify that API endpoints perform appropriate authorization and authentication consistent with the rest of the code base. Check for other common weaknesses, e.g., weak configuration, malicious user input, missing log events, etc. When in doubt, refer the CR to an application security expert.

Reviews should be concise and written in neutral language. Critique the code, not the author. When something is unclear, ask for clarification rather than assuming ignorance. Avoid possessive pronouns, in particular in conjunction with evaluations: “my code worked before your change”, “your method has a bug”, etc. Avoid absolute judgements: “this can never work”, “the result is always wrong”.

Try to differentiate between suggestions (e.g., “Suggestion: extract method to improve legibility”), required changes (e.g., “Add @Override”), and points that need discussion or clarification (e.g., “Is this really the correct behavior? If so, please add a comment explaining the logic.”). Consider providing links or pointers to in-depth explanations of a problem.

When you’re done with a code review, indicate to what extent you expect the author to respond to your comments and whether you would like to re-review the CR after the changes have been implemented (e.g., “Feel free to merge after responding to the few minor suggestions” vs. “Please consider my suggestions and let me know when I can take another look.”).

Part of the purpose of the code review is improve the author’s change request; consequently, don’t be offended by your reviewer’s suggestions and take them seriously even if you don’t agree. Respond to every comment, even if it’s only a simple “ACK” or “done.” Explain why you made certain decisions, why some function exists, etc. If you can’t come to an agreement with the reviewer, switch to real-time communication or seek an outside opinion.

Fixes should be pushed to the same branch, but in a separate commit. Squashing commits during the review process makes it hard for the reviewer to follow up on changes.

Different teams have different merge policies: some teams allow only project owners to merge, while other teams allow the contributor to merge after a positive code review.

For the majority of code reviews, asynchronous diff-based tools such as Reviewable, Gerrit or, GitHub are a great choice. Complex changes, or reviews between parties with very different expertise or experience can be more efficient when performed in person, either in front of the same screen or projector, or remotely via VTC or screen share tools.

In the following examples, suggested review comments are indicated by //R: ... comments in the code blocks. 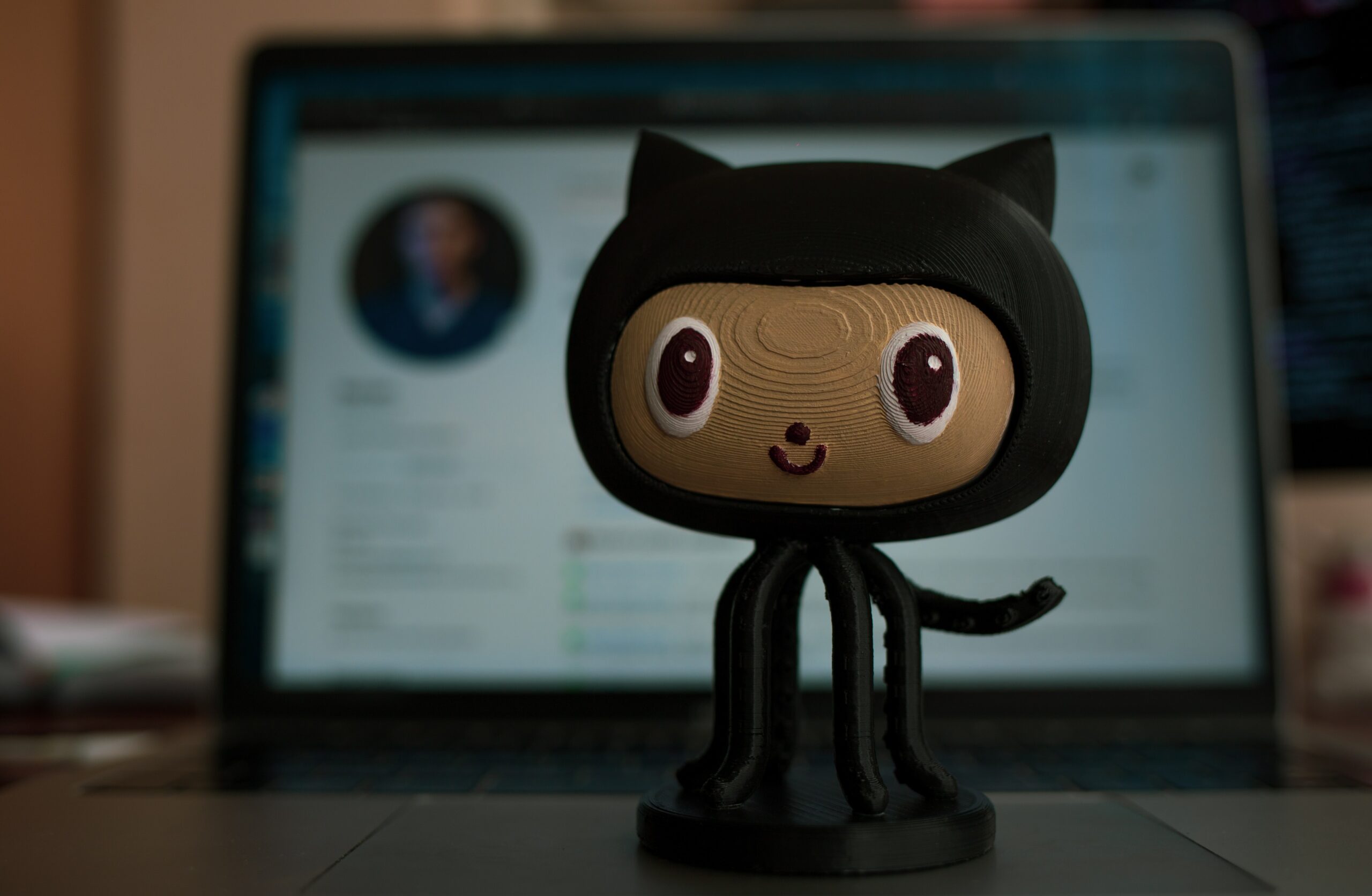 How to manage and improve your Pull Request workflow: the Engineering Manager’s guide to PRs 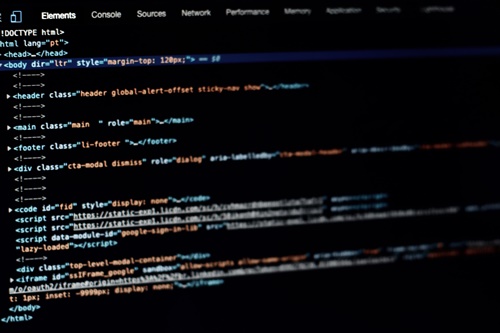 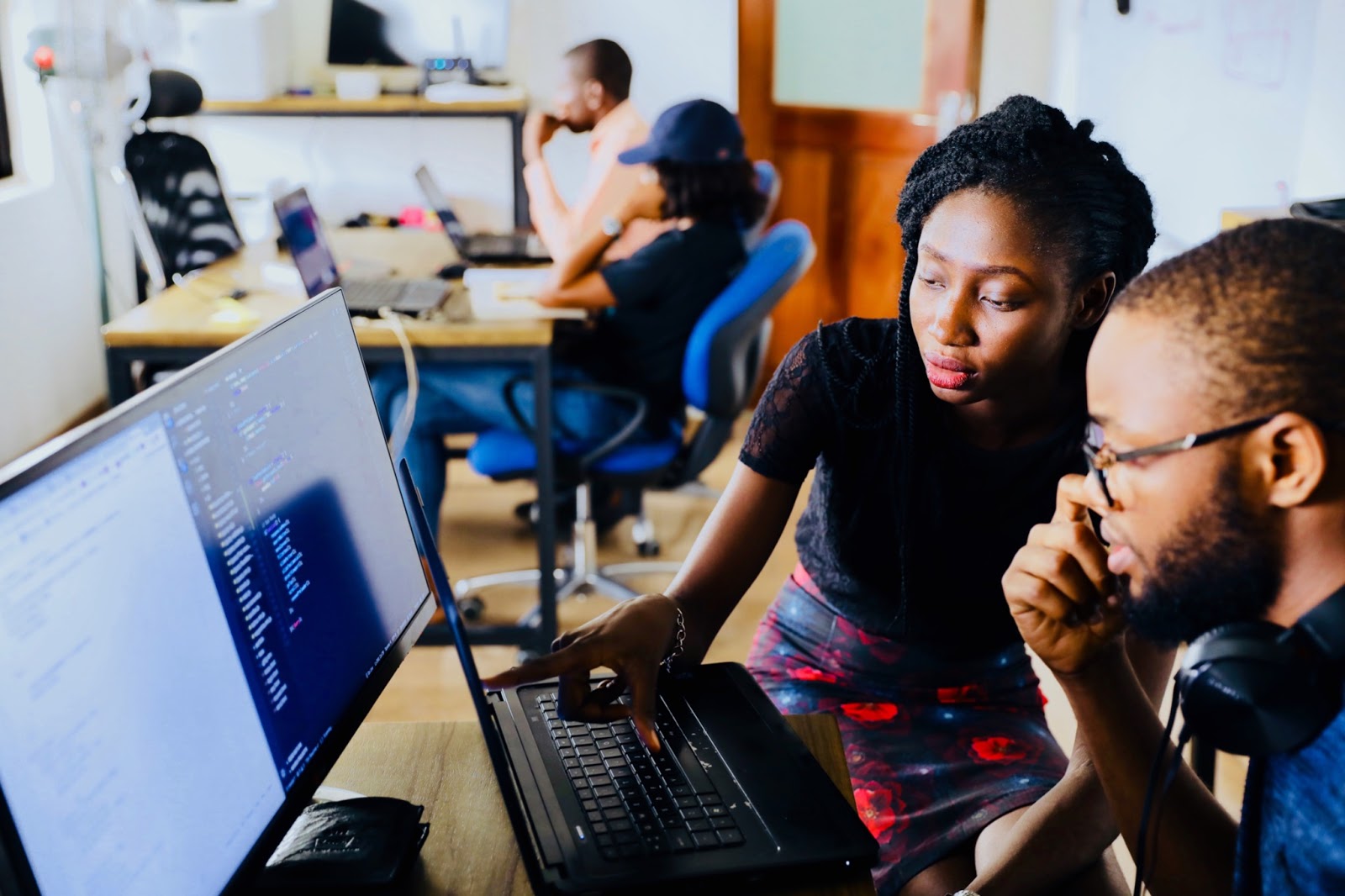